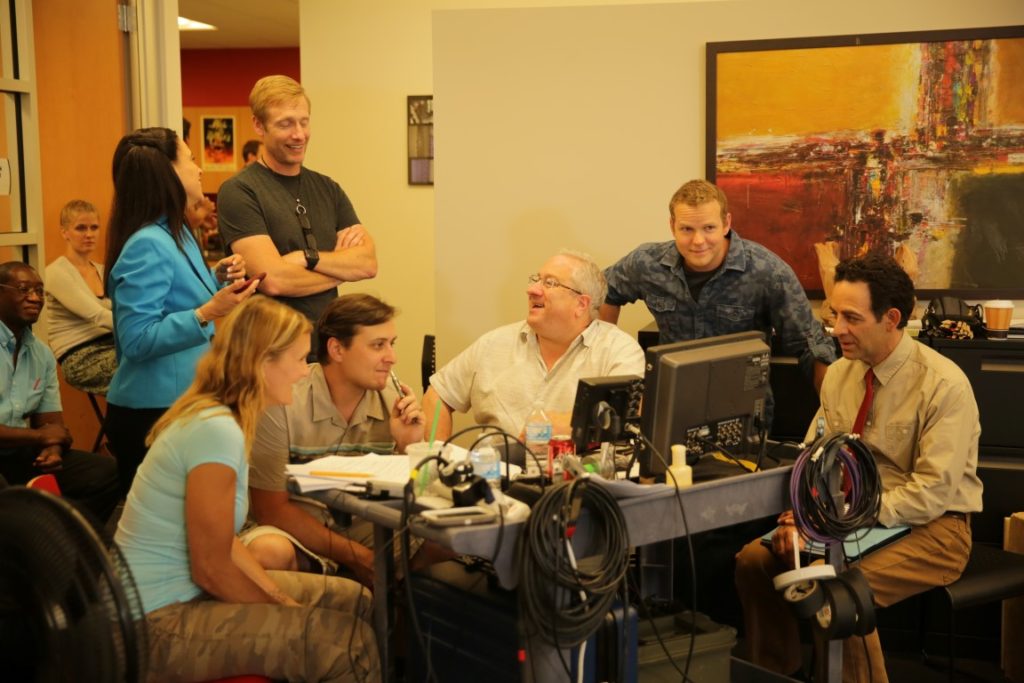 John Forte is an outstanding director. He understands a script, he understands actors, he understands a budget and he knows how to tell a story. John’s work is clean and highly imaginative of same day lend - cash loan no credit check. He is a people person who gets a maximum effort from everyone around him. Spend a minute with John and he will earn your respect. I have known John as a friend and a collaborator for more than ten years and look forward to many more.

John Forte’s style of directing is very exacting and elegant. He always understands where to place the camera and how to get the best performances from his actors. Though I’m not on the set nug weed with John, in the editing room he brings interesting and imaginative insight. And whether a comedy or a drama, his footage is unique as well as the finished edited product that is exemplified by his personality. John has a great review of all technical aspects of editing and has a wonderful way of making working with him fulfilling and fun.

John Forte is by far one of the most inspirational and focused directors I know.  He runs his set with the "family mentality" everyone he invites to be part of his Productions are treated with the care he shows his own family members.  His guidance and eye for story promotes a fun and energetic environment for both his actors and crew.  John is not just a Director, but a mentor, motivator and friend.

I have had the honor and privilege of working with John Forte for more than 20 years. John’s passion for telling stories makes him a creative force on every project he works. John always delivers a high quality product because of his ability to get the best from everyone involved in the production process. His flexibility and wit make for an enjoyable set where he is able easily maneuver past potential production speed bumps.

I have worked with John as his west coast casting director and as an actor on several projects.  In each capacity, John was one of the most supportive and accessible directors.  A consummate professional, John’s vision was always articulate and clear, and yet he was open to suggestions.  Even when direction on set became very technical, John was able to communicate in simple but effective ways to get things done efficiently.  In his unique way, he challenges his cast and crew to maximize their potential to tell the story with truth through the talent he sees in them.

I have had the privilege of working with John Forte on several projects over the last 20 plus years. Many have won awards. John’s vision efficiency and amicable personality bring out the best in a crew on a set. I have always been amazed at the final product after John has directed and supervised the edit of the footage into a compelling story that captures the viewer’s attention. I have spent 45 years in the media/entertainment business but I always look forward to my next opportunity with John Forte.

John is a consummate professional with experience at all levels of production. I have worked with him for over 20 years on numerous projects.  He provides a well-run, organized set and I know when I am on a Forte production, we will be engaged in a creative vision that will also be on schedule and on budget every time.

I've been working with John Forte for over 15 years. During this time, I have seen him create a whole genre of training videos. What was a horribly boring genre, John helped turn it into an entertaining medium! I was the composer on most of his work during this time and I was often entertained by the camera work, acting and constant movement on the screen. We won many awards together for this work. I think John has mastered the art of taking a boring topic and making it into an interesting and compelling story.

I've known John Forte for 22 years and worked with him for 19 years. John is a very creative producer and director.  He has shown time and time again his ability to make subject matter that could be perceived as boring, entertaining and engaging.  He is also creative with resources. He has the ability to manage budgets and create products that look like they cost hundreds of thousands with tens of thousands or less instead.  He engages his team and vendors to be creative with how to manage dollars and sense. I would wholeheartedly recommend John Forte to any company looking to produce engaging media.  His sense of humor and life experiences also make him fun to be around.

As a makeup artist I work on many sets be it tv and film. I have worked with John for a number of years, but he is on a par with the many directors I have been fortunate to work with. He creates a relaxed environment and communicates extremely well to his crews and actors what his vision is. His professional expectations are demanding but his vision and collaborative spirit are a joy to experience. I look forward to working on his set.

I have had the privilege and the pleasure of working with John Forte on and off for over the past 10 years. John treats his cast and crew like they are family. I believe that he surrounds himself with crew he trust because that affords him more time for the creative process. When you don&#39;t have to worry about other parts of the process you can run a professional and a more lighthearted set. Love working with him!

John is a delight to work with and for. He has cast me on projects that are well written, informative, and imperative. I have been honored to offer my voice to his creative vision. Always a smile on his face, and genuinely happy to see you. In love with his work. Dedicated.

John is a joy to work with on set.  Despite the complex and sometimes dangerous nature of our stunts, his attitude and sense of humor make it fun to show up each day for filming. Intelligent, creative and dedicated... John is a director with a big heart and an eye for details.  Crews like and respect him, and his award-winning projects are the result of careful planning from storyboard to final edit.